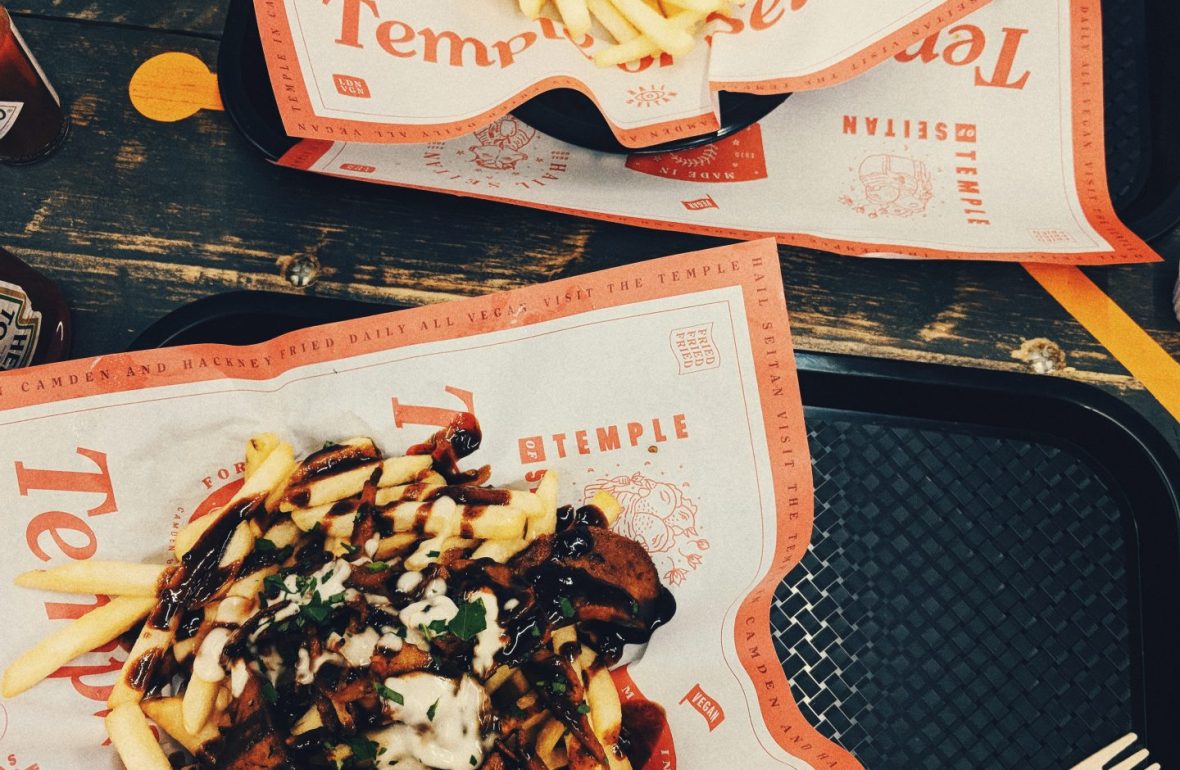 If you haven’t heard of Temple Of Seitan yet, then what rock have you been hiding under?

I actually can’t eat Seitan as it is made from Gluten and I’m intolerant… luckily for me they also do a Gluten Free, Soy based version too…thank gawd!

The first branch opened in Hackney and was really successful. This branch is pretty tiny and only has room to sit outside but in all fairness I have sat there during torrential rain as it has a cover! The second brand opened recently and is much bigger with loads of indoor seating. This one is located between Camden and Kings Cross.

Now finally they have opened and event bigger and very convenient branch in Old Street inside a new bar called Lost Rivers. Lost Rivers own a few venues across London, mainly using them as event spaces. But the old street branch is a bar with a Temple Of Seitan recidency inside… Pretty epic!

There’s also loads of awesome artwork inside and tuns of seating. It’s a very open space and would be cool to work from during the day as well as eat in/drink at anytime.

The menu at Lost Rivers is a bit different with some burgers, fake ‘ribs’ and these topped fries which are topped with a rib/donner style meat. The one I had was gluten free of-course and honestly such a great cheat meal! So satisfying. 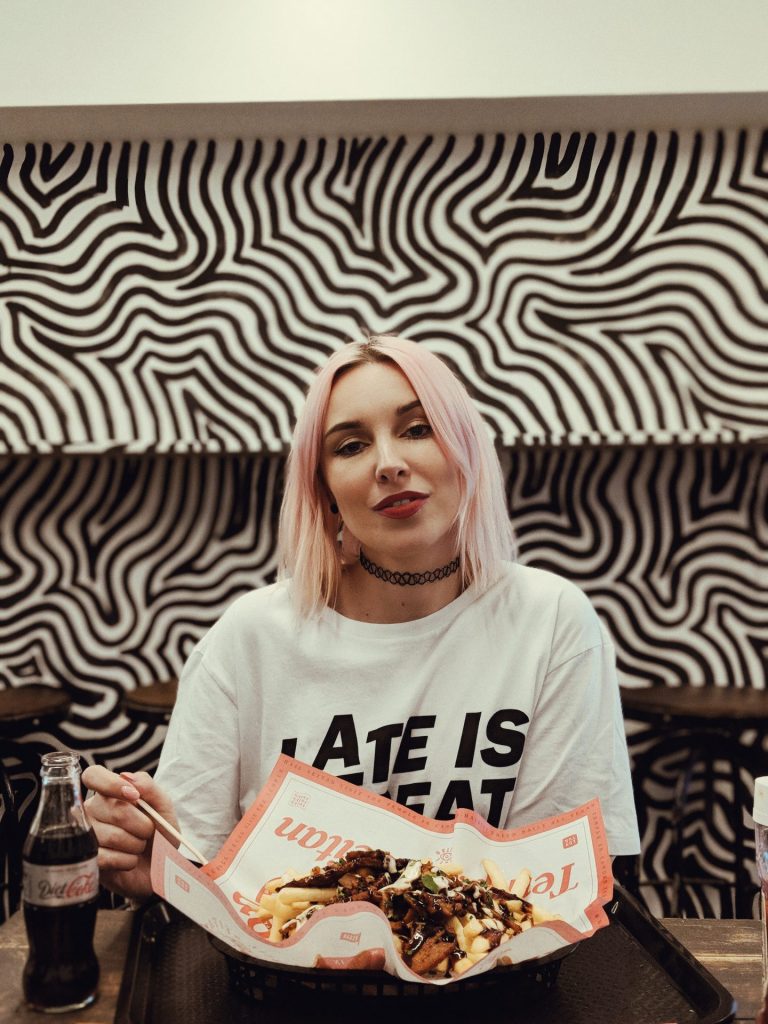 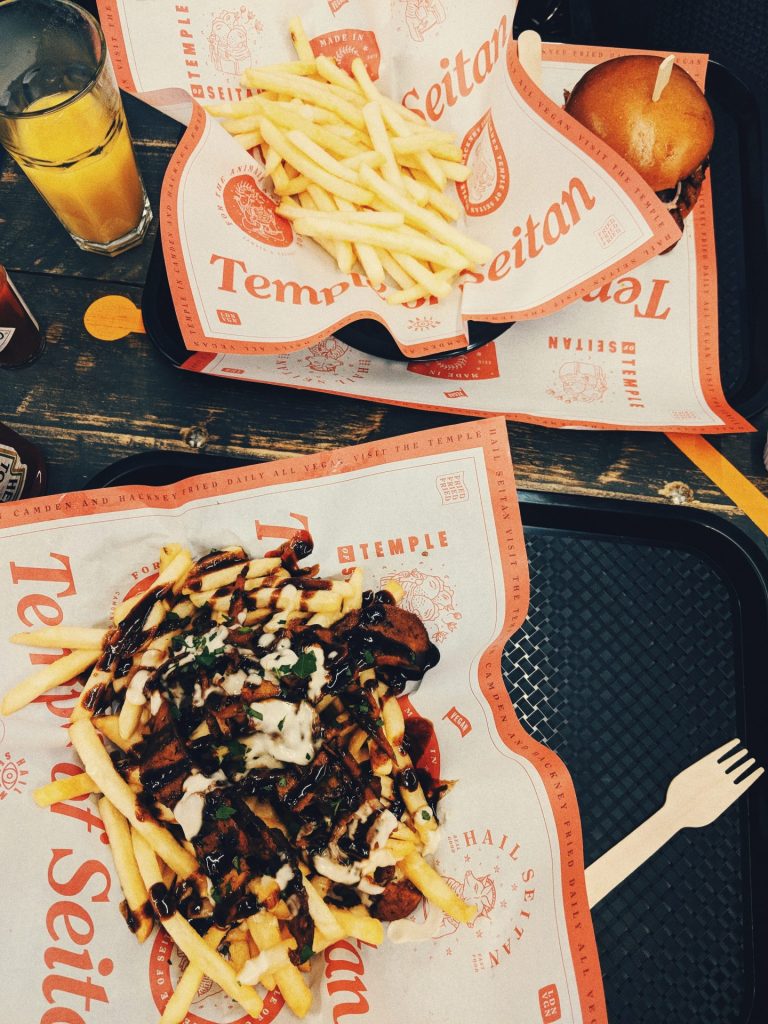 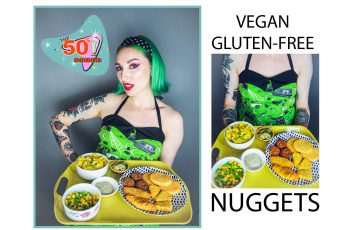 « Previous post
Are these the best places to visit in Leeds?
Next post »
Make up: Purple Matt Metallic Lips and Yellow Eyes !