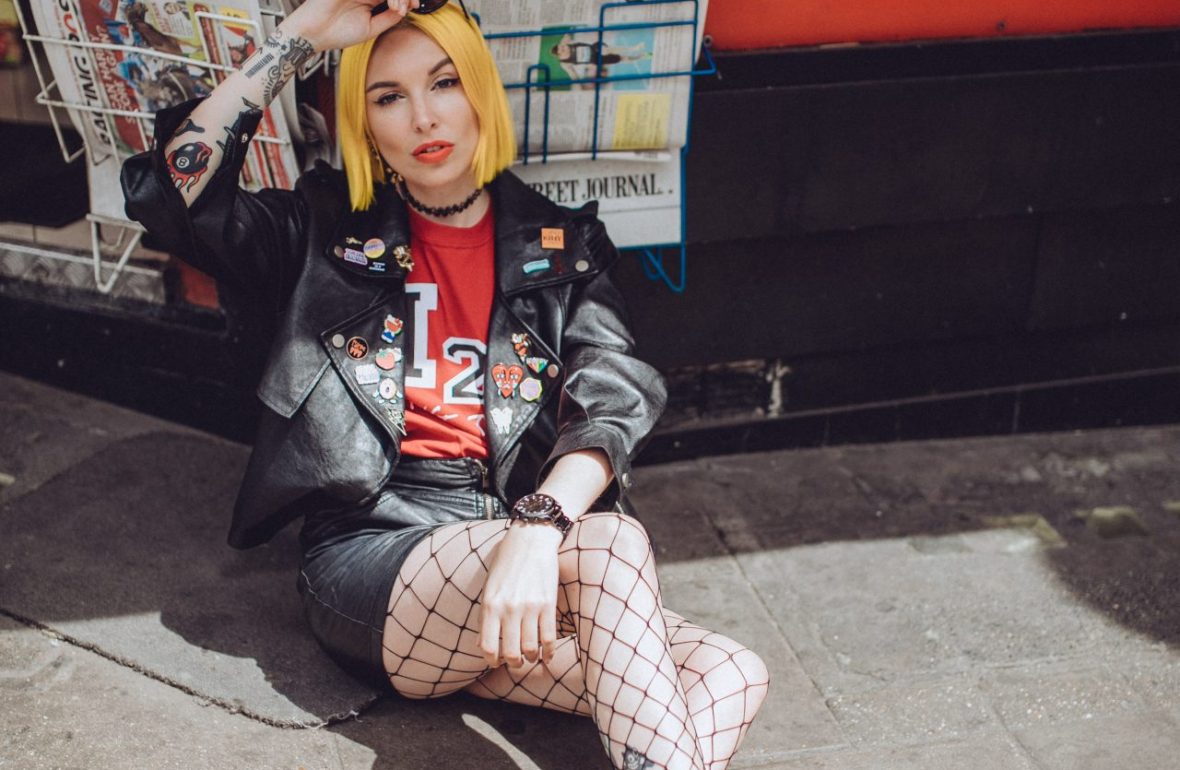 In the words of H2O: Passion before fashion.

I hear you scream; but aren’t you a fashion stylist and blogger?
Yes, I am, but at the root of my work is passion and substance and not just the need to be ‘fashionable.’ In fact, if that was the case I would have been doing a lot of things differently over the years.

I could, for example, be wearing ‘that’ Gucci teeshirt everyone has been adorning this year. And don’t get me wrong it is cool, and it looks great on people. But I don’t always just want to jump on trends for the hype and the likes (essentially likes are important to my job but also so is my integrity).

Since a very young age I’ve been trying to show my personality through what I wear; be it band shirts or streetwear or even sneakers etc. Band shirts are like a calling card aren’t they, if someone is wearing your favourite band shirt then you are going to have a talking point and I love that!

Streetwear is the same, or it was… Now it’s so ‘in fashion’ everyone owns a Supreme shirt, but they don’t necessarily know anything about it. But originally that was the point; you were a skater or collector etc and you could chat and geek away about it.

It’s important to me as a ‘fashion blogger’ and stylist to show you my true personality through what I wear as well as my ability to style the clothes too. It’s just who I am. I grew up in the countryside outside of London (originally born in London), where there weren’t a lot of alternative stores or skate stores or to be honest any fashion stores nearby! I used to spray paint my jeans and cut them up, I thought I was PUNK AF (as f*ck). And to be honest that is pretty punk, DIY is dope and something everyone should try. It just makes clothing feel special.

So about my Tee-shirt below: H2O are a hardcore (rock) band, and their morals lie within Straight Edge culture. That means a ‘clean way of living’ aka no drink and drugs and often being vegetarian/vegan, having no refined sugar, caffeine sometimes and even not being promiscuous. It also means having a positive mental attitude (PMA). It’s a form of rock music that is uplifting and there to help change negativity. It’s basically a movement saying; we can be punk as f*ck and hardcore as hell but also positive and nice people! Pretty awesome….

About 7 years ago after being a punk rock/hardcore fan since I was a teen, I decided straight edge culture really spoke to me. At that point, I stopped drinking (also for many other reasons too), I don’t take drugs anyway and was already vegetarian etc…  I didn’t drink at all for two years.

I don’t not drink now, instead I hardly ever drink and when I do it’s never more than 2 drinks, I don’t like being drunk. I also go through periods where I say I’m not drinking at all for the next 3 months, for example, it’s almost a test to see if I want to fully go that way and it’s good for my body.
I decided that’s what I wanted to do with it. I am anti-drugs, I am vegan and I try to live as clean as possible (but I also don’t judge others who want to do these things). So I am not Straight Edge as such but the hardcore scene and the movement sit very much within my own morals.

I am just trying to be myself in this industry and hope I can encourage others too.

If you have seen my Lukcy Project videos you may know about that.

To be honest… it’s really working for me so I really hope that helps others to be themselves as much as they can be.

Don’t ever try to be fake as it won’t last… And go listen to ‘What Happened’ by H2O and maybe you will get what I mean.

Get 10% off at Punk Pins with Code ‘HAPPYKITTY’ and get some of the pins I have on my jacket in this shoot below. I don’t make any money out of it! Just wanted to give back to you guys for following me. 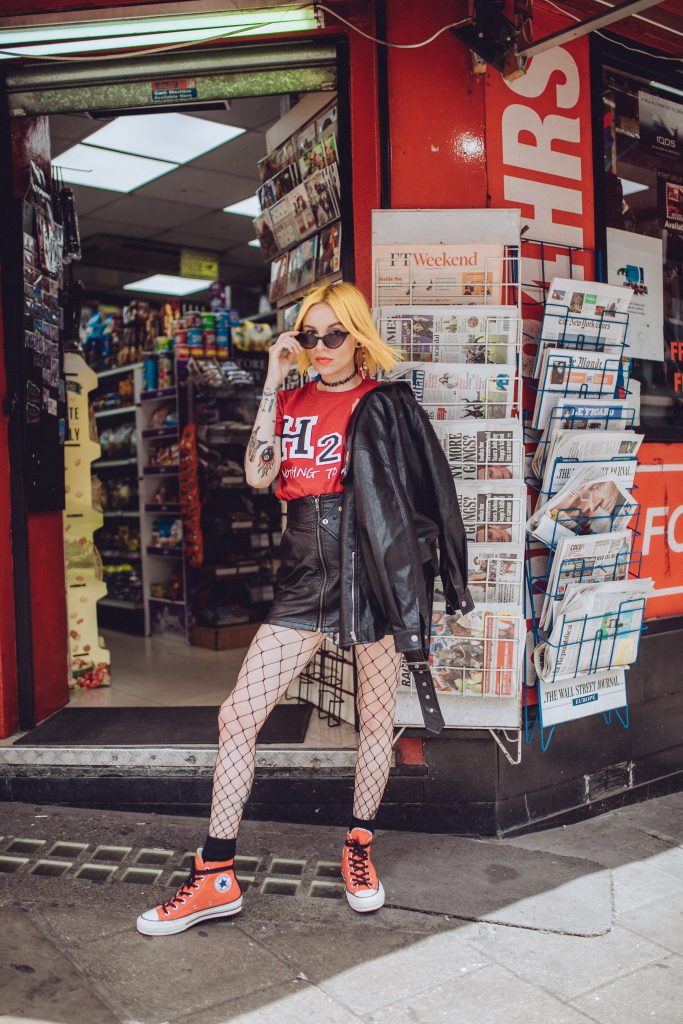 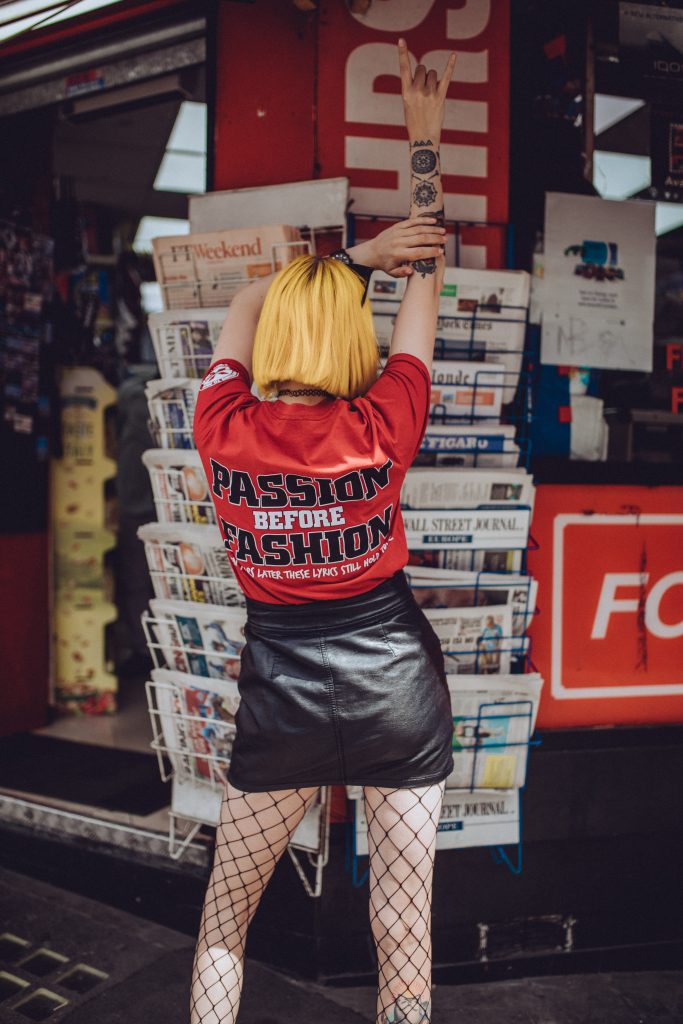 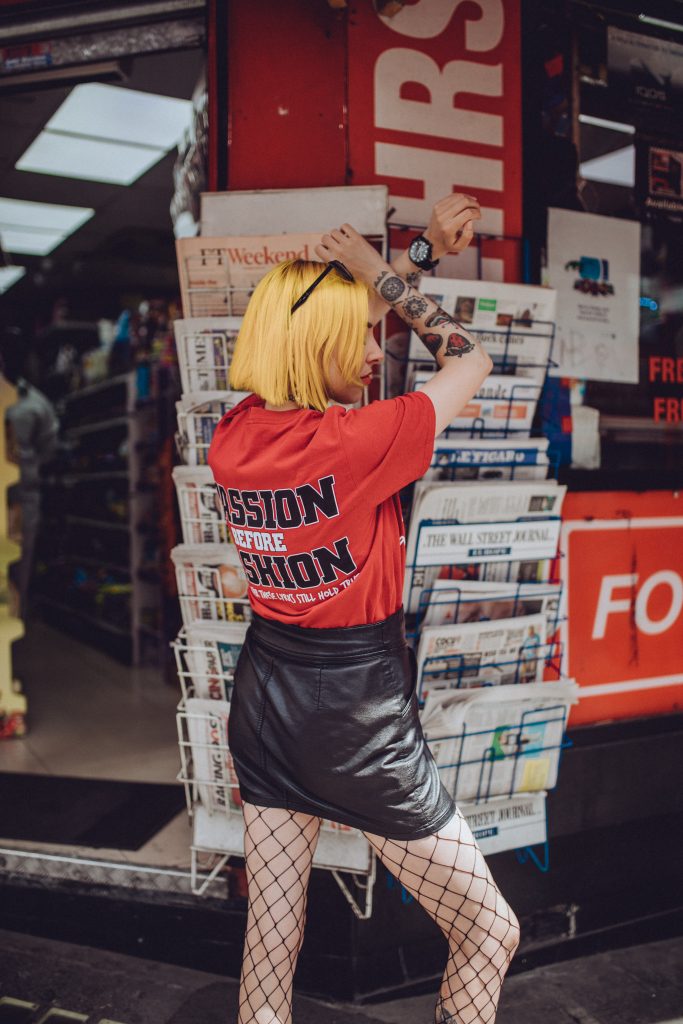 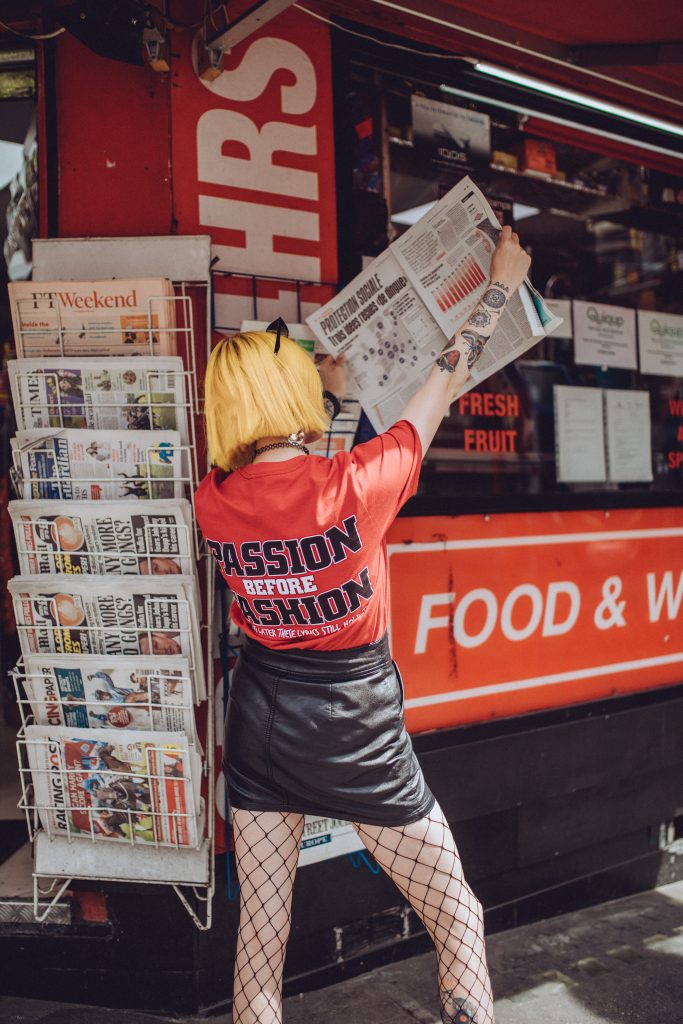 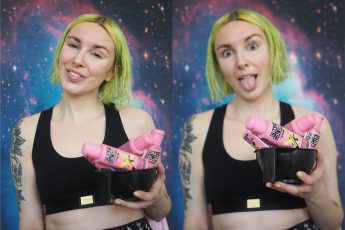 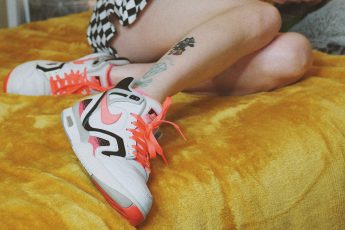 Why the Nike Air Tech Challenge is one of the coolest trainers of all time. 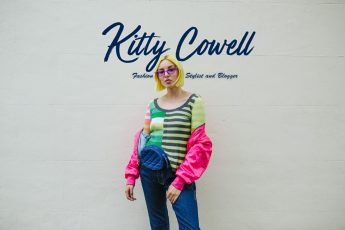 You can now book me for personal styling!