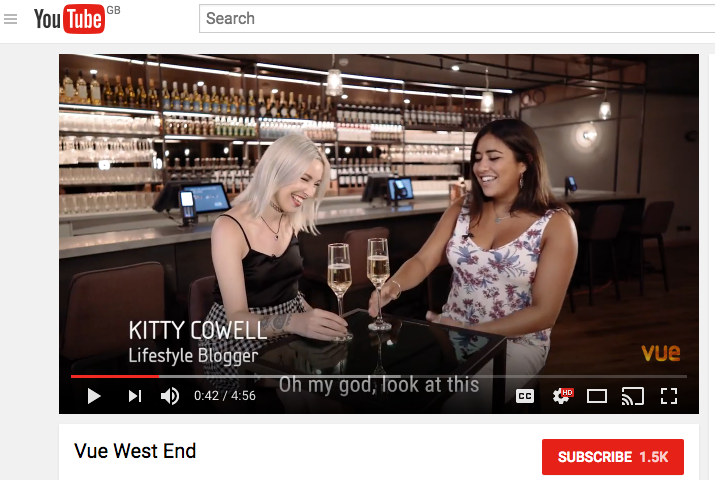 I was invited into the newly renovated Vue West End before it launched.

As I’ve been to a lot of bars (I mean… maybe) okay yeah I’ve been to loads, and the new Vue has an incredible new bar. The guys wanted me to come and try it out and give my opinion in a launch video alongside Film critic Rihanna Dhillon.

Unlike most Vue cinemas in London the new Leicester Square venue has a bespoke champagne bar upstairs. It’s the kind of bar you could go to whether you want to go to the cinema or not. But it is also a great pre or post film experience so you can actually chat to who ever you go with rather than just watching a film!

They have an insane ‘bottoms up’ beer as well which you can see in the video, it actually fills up from the bottom like something out of a movie.

Anyway check out the video here to see more:

« Previous post
Shop the best womens Stussy bits now!
Next post »
Shop my fave bits from Misspap with 15% off Code.