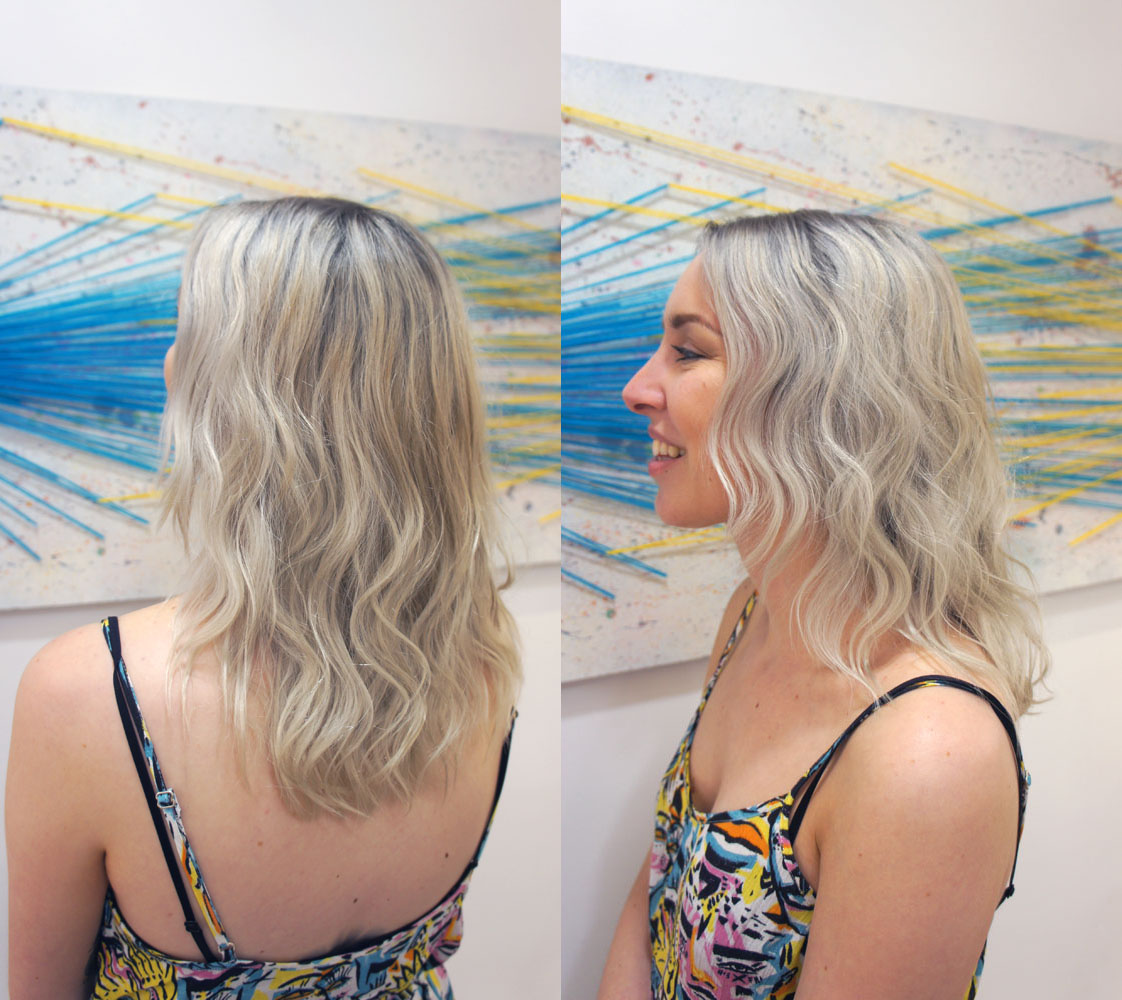 So on my social media I get a lot of questions about where I get my hair done. I’ve had silvery hair for quite a while now, albeit in slightly different forms. I’ve had grey/silver, blue/silver, lilac/silver etc… All I know is I LOVE silver and this is totally my colour for now.

I’ve been getting my hair done at Not Another Salon for about 8 months now; since they opened. They are based at 188 Brick Lane, super convenient and right by the Cereal Cafe for a quick bite before or after to match your colourful hair… The best thing about ‘N.A.S’ is that they focus on slick, beautiful finishes but with fun amazing results. Colourful hair has been such a trend for the last few years but a lot of the results can last 1 wash and then leave you with an annoying faded, badly conditioned look. Not here, the girls use Innoluxe to ensure the quality of bleached hair. Innoluxe uses protein technology to revolutionise the way you bleach, colour and repair hair. It’s similar to the brand Olaplex but according to testing Sophia of ‘N.A.S’ thinks it’s an even better product.

This time stylist Jess Barber-Cruz took to my hair, but in the past I’ve had Sophia and Mikaela, they are all really amazing. The beginning stages are to bleach my roots. I already have a nice white tone to my hair so it’s just my grown out roots that need some work. The best advice I can give you about having your hair bleached is to not wash it at least 2 days before, I managed to make myself leave it 3 days this time. I’ve made the mistake of not doing that many times in the past and these days when I leave it it doesn’t hurt at all.

Then the bleach is washed off and the Innoluxe treatment is put on and then the toner / dye goes onto my roots which you can see in the second pic. After that has taken it is washed off and a silvery toner is put on the rest of my hair at the basin and left on for about 10-15 minutes. They have lay down basins up stairs which are SO comfy or sit up massage chairs downstairs! You can’t go wrong…

Then once it’s all washed off Jess was a total babe and blow dried and styled some waves into my hair, as you can see below:

The salon is not only one of the best technically and full of the friendliest hair dressers in London but also maybe the cutest salon in London too. Sophia who owns it is a colourful soul and has thought through every inch of the place to make sure it’s entertaining as well as relaxing.

I honestly could not recommend this place enough. I was a hair model for years, I’ve worked with some of the counties biggest hair salons / brands and as much as many of them are great I’m at home at Not Another Salon. I think I like the family orientated feel and the fact they are so focussed on executing incredible work.