Why the Converse One Star will always be cool. And how I wear mine… with JD Sports 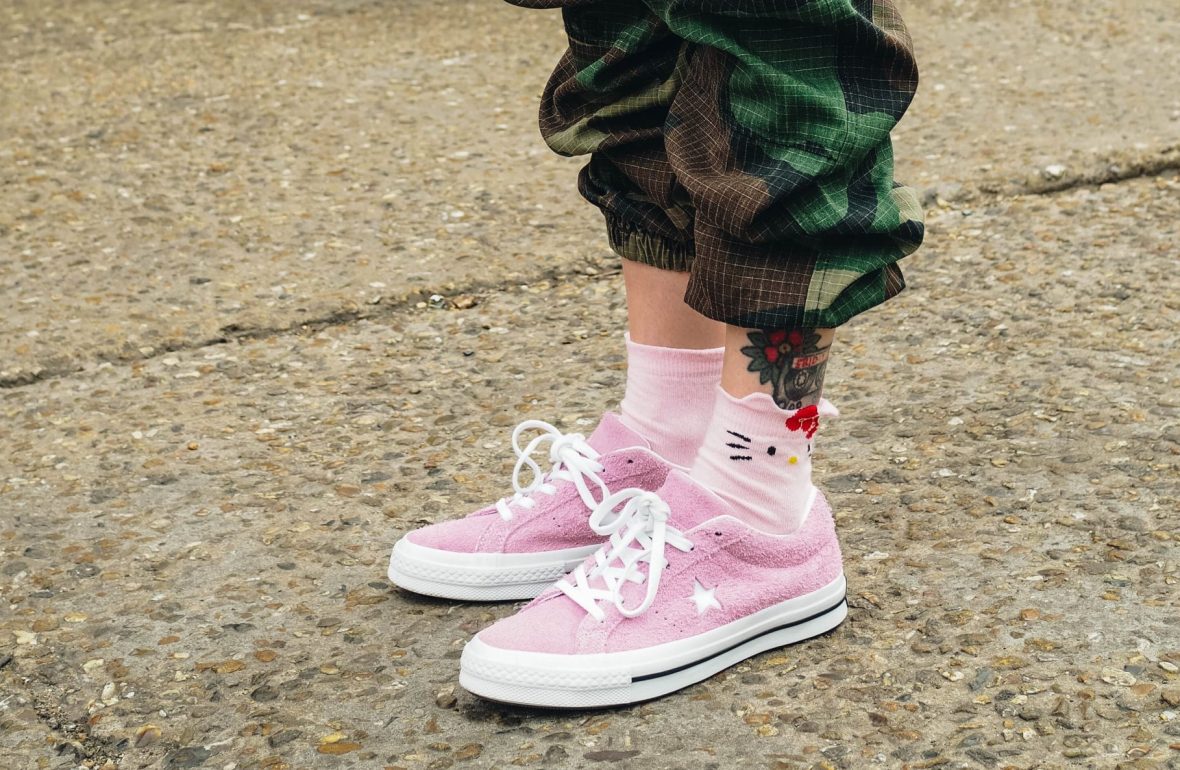 In brief, the Converse One Star was a favourite of Kurt Cobain.

That in itself should explain a lot about why they are cool.

Originally made for the basketball court and then adopted by fashion the One Star (or formally a version of the All Star) has been around since the 1970’s and is still here.

Sometimes if it ain’t broke, don’t fix it!

I’ve always liked low tops, I think partly because I hate putting on and taking iff high tops! Lazy… yes I’m just all about being time efficient and all those laces are pure fiddly. That being said I like the way high tops look and I have lots, just not as many as low tops.

I love a love top. I like the fact I can show off my socks or more ankle for a bit of sauce! (If you aren’t familiar with the terminology of the word ‘sauce’ in this context; check urban dictionary.)

I’m a big Converse fan and have always associated them with my love of rock music. Back in the day all I knew were All Stars and I remember finally getting a pair and feeling like I had really joined the ‘rock club.’ Like now I could really call myself a rocker. Previously to that, I had always worn low Etnies and Vans. I just didn’t know about the One Star at that time. However I seem to have a brief memory of having a pair at about the age of 8 – bought for me by my Dad (should have always listened to him). I think they were velcro which I didn’t think was very cool at the time! If only I could go back and tell myself how dope they were…

Once I was re-introduced to them as an adult I fell in love with the skate shoe style – and I wear my One Stars so much more than my All Stars now. (I still love All Star’s though, second to a One Star).

So anyway, style-wise I like to keep things simple with my One Stars. I’m channelling my hardcore kid aesthetic at it’s maximum in this look.

I paired them with a classic Bape tee – which I chose to coordinate with my pink One Stars. Camo trousers – because you aren’t a hardcore kid without camos… And the addition of my Hello Kitty x ASOS socks for added cuteness.

Sometimes keeping things oversized and baggy is key. I’ll often tuck in my tee but for a look like this, a unisex silhouette keeps things classic.

Oh and my cat eye style sunglasses – they suit me (not a lot of sunnies do) and are cool AF. You can find loads like this on eBay.

Buy my Converse One Stars from JD Sports now. 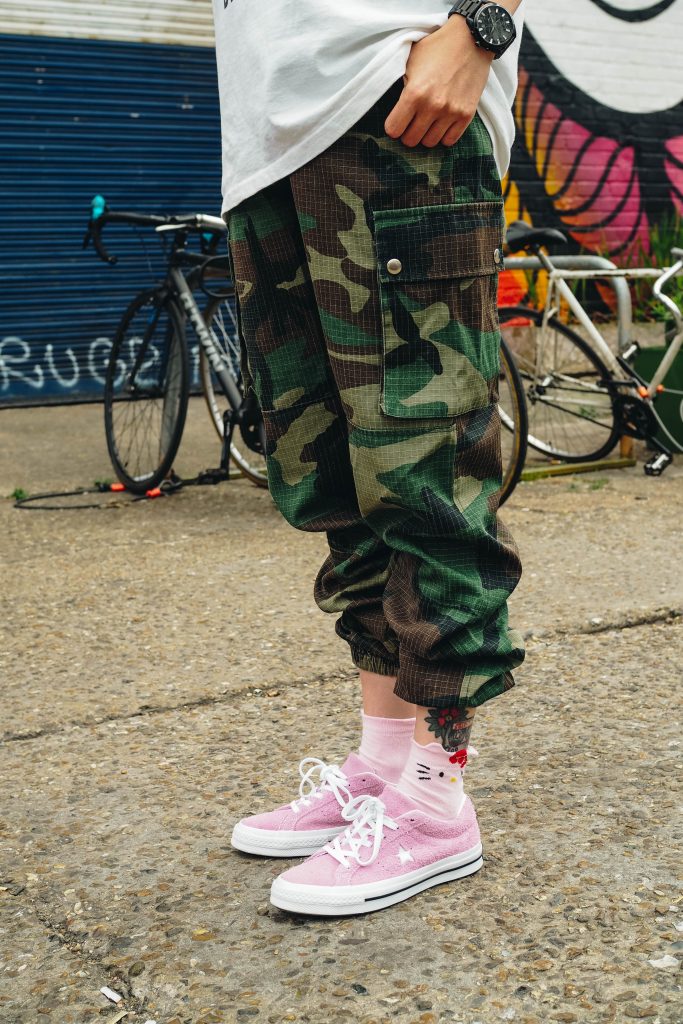 « Previous post
Why dungarees will always be in fashion.
Next post »
Let’s talk about being a freelancer!