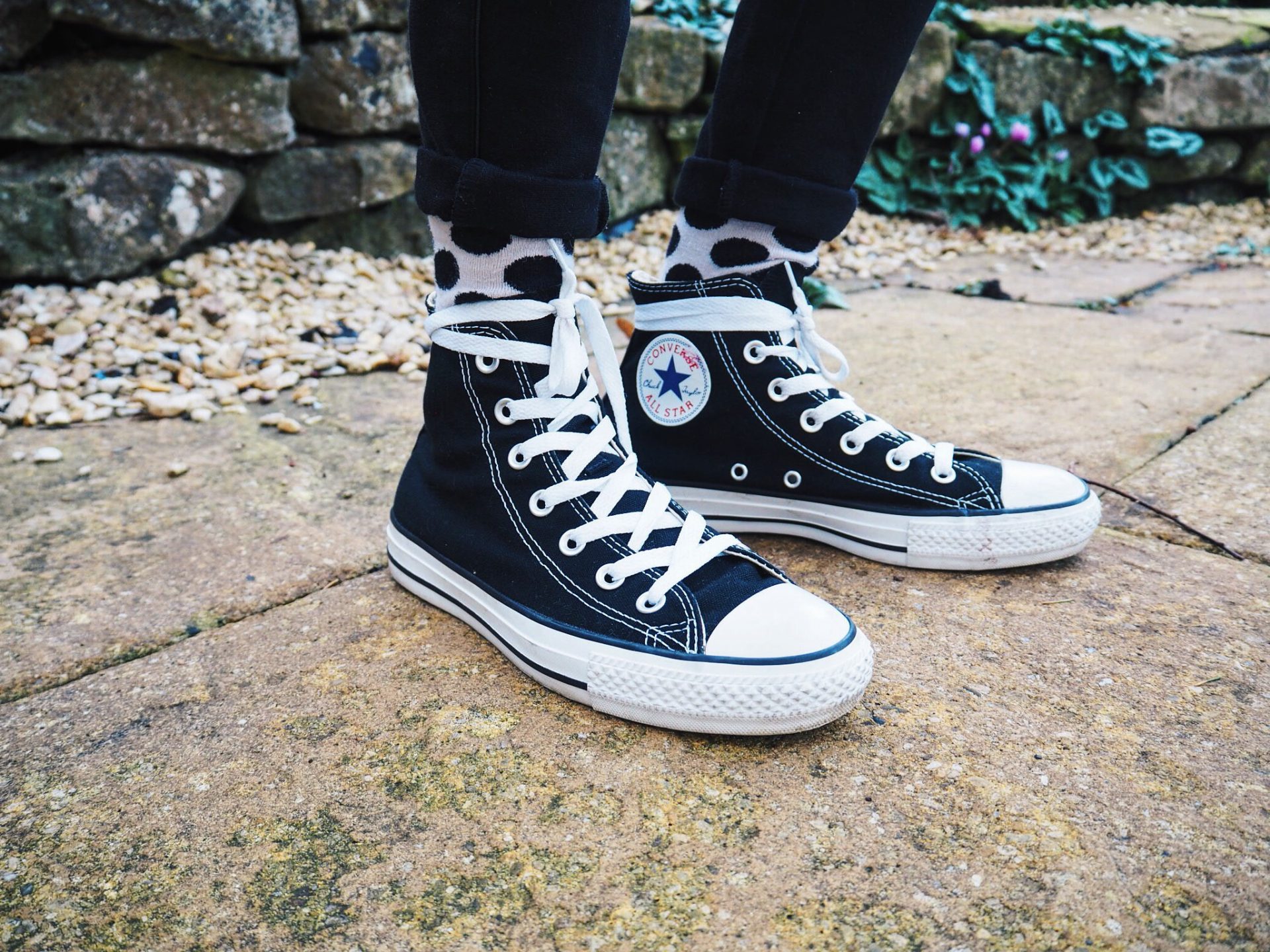 What do you see the Chuck Taylor as?

I own over 200 pairs of trainers, and sometimes I can’t see what I even have anymore. I’m so blessed don’t get me wrong it’s a dream come true. But it’s almost forced me to appreciate the simplicity of a classic trainer like the Converse Chuck Taylor All Star….

I’ve been wearing converse literally since I was a kid, but back then they were chunkier skate shoes and basketball kicks. Then in my teens I really got into Chuck Taylor All Star’s and now I own a lot of different types as well as the new Chuck Taylor II’s which are insanely comfortable. But there’s something SO classic and on point about the originals that I keep going back. Maybe as I get older I’ve experimented so much that I’m seeing the best out of the bunch. I think that also the heritage behind the classic design gets me, but it’s sometimes a bit confusing or at least some people choose the era of it’s back story rather than looking at it all. Most people think of this shoe as a skate shoe, am I wrong? But it’s actually originally a basketball trainer.

The All Star shoe originally came in natural brown colours with black trim. In the 1920s, Converse All Stars were made in all black canvas or leather versions. The All Star was to be the first mass produced basketball shoe in North America. It consisted of a very thick rubber sole, and a ankle covering canvas (or sometimes leather) upper. At first sales were slow. They would rapidly increase a few years later, thanks to Charles ‘Chuck’ H. Taylor.

Chuck Taylor was a basketball player for the Akron Firestones and in 1921 he joined Converse as he had taking a keen liking to their All Star’s. Because he was so successful in promoting Converse All Stars, as well as making important changes in the design of the All Star shoe, in 1932, his name “Chuck Taylor” was added to the ankle patch. The “Chuck Taylor” All Star basketball shoe was born.

Around the 1960’s skateboarders started to skate in Chuck Taylor All Star’s. In the 1980’s Converse started to gift a lot of skateboarders which helped the popularity of the brand and opened them up to a wider audience. In 2009 ‘CONS’ the skateboarding program was introduced with a team of pro skateboarding ‘ambassadors.’

So basically the Chuck Taylor is / was originally designed for professional basketball players and was later adopted by the skate seen and then adapted for the skate scene. Whether you see it as a skate or a basketball shoe I guess is really up to you but realistically  it’s kind of both! I just like the classic simplicity, what about you?

Buy yours from Footlocker.

Here's Part 2 of how I style these Glitter Flares