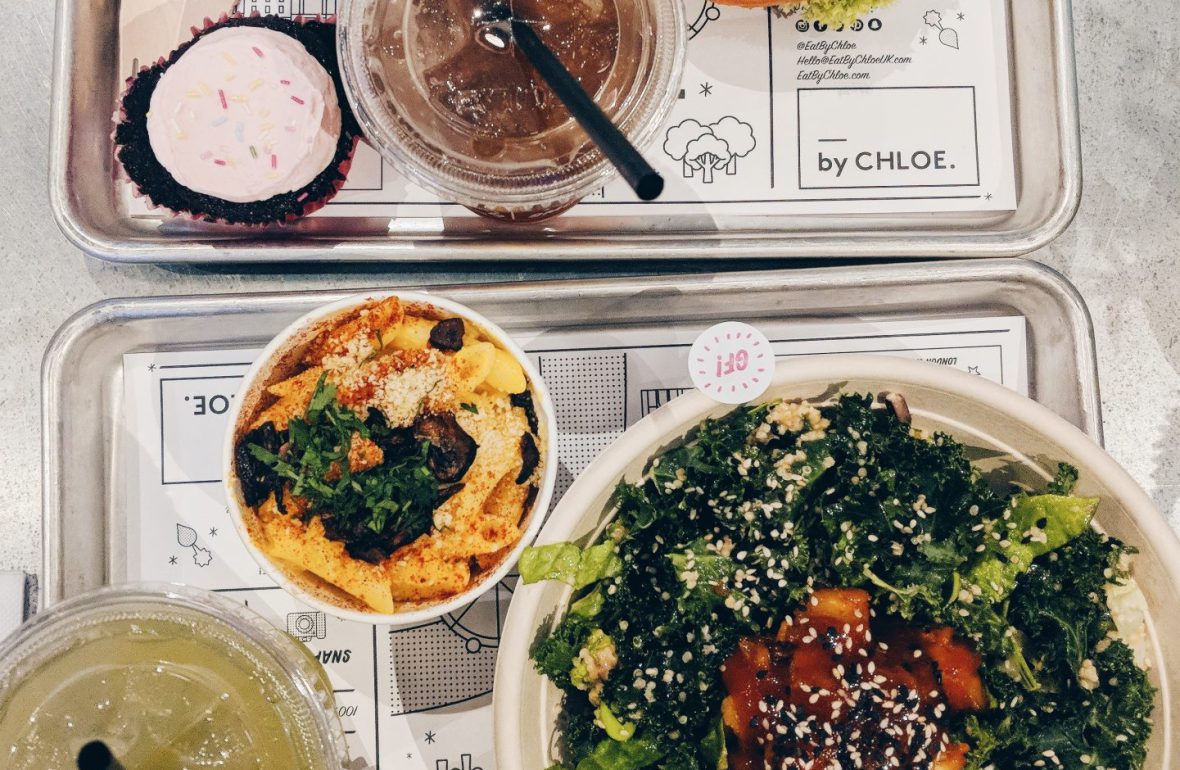 So I’m finally back again with some Gluten Free places and this time I’m not just looking at Veggie ones, but Vegan places…

Because I’ve finally made the Vegan jump.

I’ve been eating a mostly Vegan diet for years but now I’ve decided to commit even more.

After deciding this I had the test results back from an Intolerance Test I did, and guess what… I’m very allergic to dairy and eggs anyway! So no going back now…

So let’s see where you can eat on a Vegan, Gluten Free diet in London:

This place has been on everybody’s lips lately. The New York founded company has come over to London’s Covent Garden and created quite a stir. Some people say it isn’t as good as the hype; I don’t agree. Their Vegan, Gluten Free, Mac an Cheese is possibly the best one I’ve ever tried. They have a lot of Gluten Free options and it is all vegan. The prices are a bit steep for ‘junk food’ but it’s worth it. The salads are really good, and the cakes… well. I’ve bene twice and loved both times!

Byron Burger have launched a new Vegan range with Gluten Free options. There’s also new veggie options too. The new menu, which launched nationwide on Tuesday 24th April, will introduce Byron’s first ever vegan burger. The Beetnik comprises of a beautifully flavoursome beetroot falafel patty, freshly made to Byron’s own recipe and topped with baby kale, smashed avocado, tomato, pickled red onions, red pepper ketchup and a lime-dressed rainbow slaw. You can get it in a Gluten Free bun and ask for GF Sweet Potato fries too. They also have a VERY tasty avocado and quinoa salad and can make Nachos with avocado as a starter too. 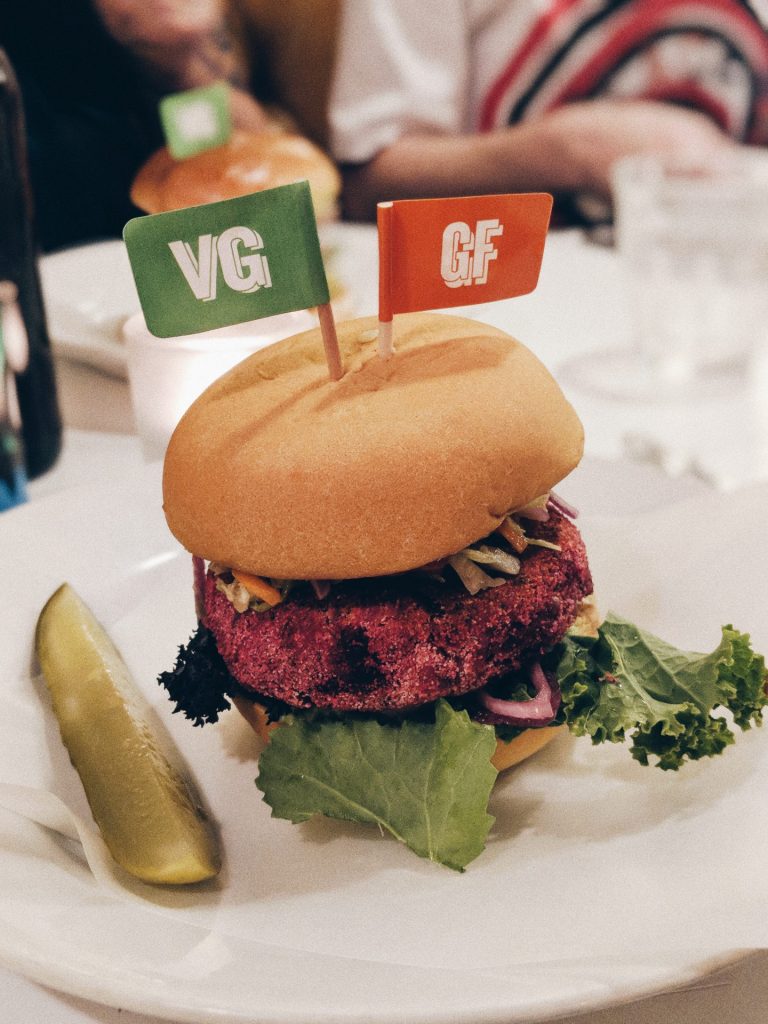 With 3 restaurants in London now they each offer slightly different menus and all have Gluten Free options. All their food is Vegan and it’s the best place for a treat day!
Vegan, gluten free fried chicken is available at their Hackney and Camden branches. And their Old Street branch (inside Lost Rivers) offer Gluten Free, Vegan, ‘Meat’ topped fries which taste SO good! 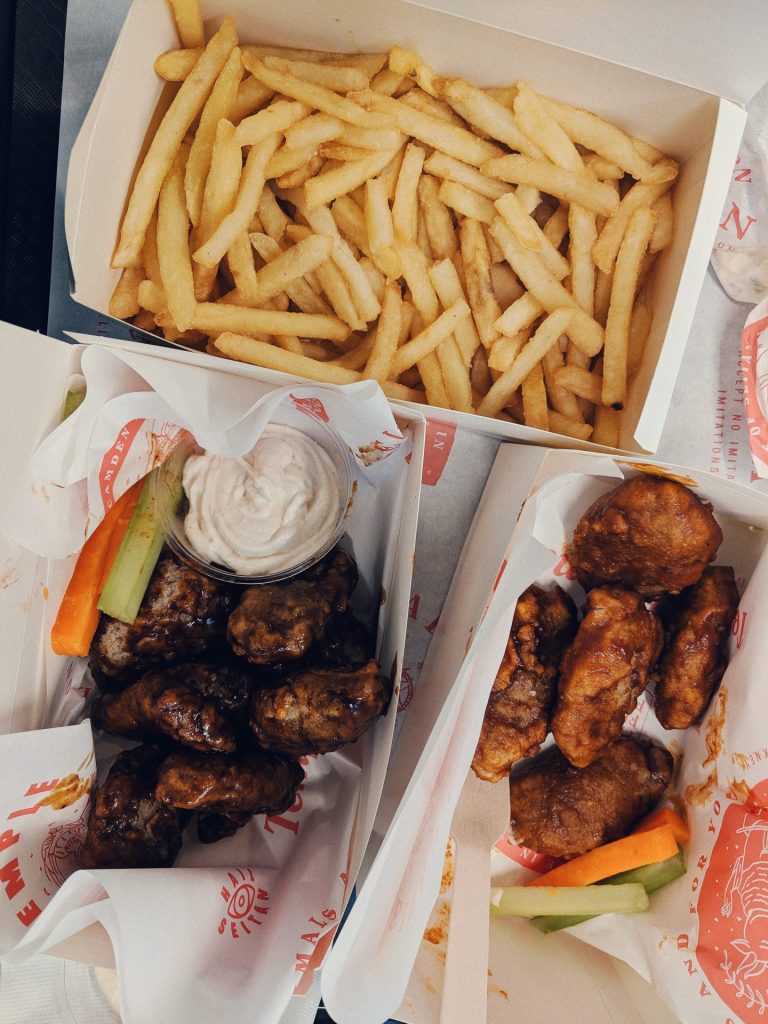 Tibits launched a new menu in March with way more Vegan and Gluten Free options. Both their hot and cold dishes are really tasty and you can mix them all on your plate. You fill the plate and weigh it to pay, it’s a buffet style but a really fresh, tasty and healthy buffet. I can confirm their new puddings are SO GOOD. 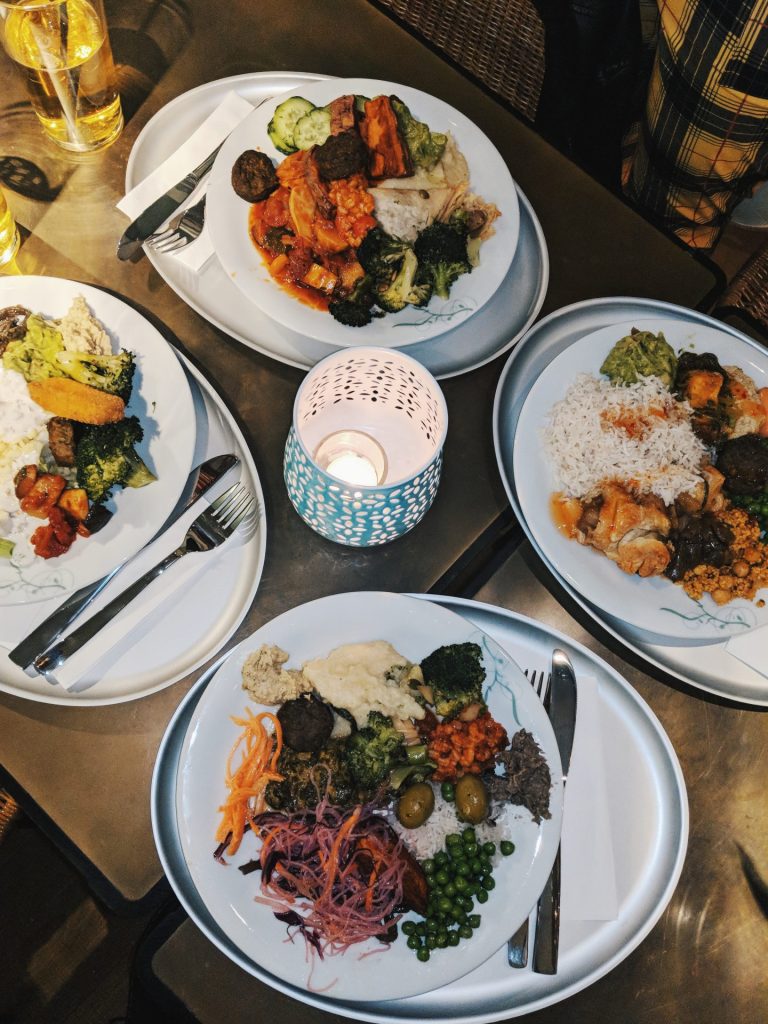 OH HELLO GLUTEN FREE PIZZA GODS! This place serves so many gluten free, vegan pizzas, mac and cheese, pasta dishes, sides, tiramisu and vegan gelato… I might have spent a small fortune one Sunday… I just wanted to try it all.. I took home a goodie bag. So frankly that says a lot right!?

Heavenly food that should be bad, but is in fact good for you. I’m not really sure how, but they make such delights as pancakes, waffles and protein ‘omelettes’ that are both Gluten Free, Vegan and healthy. I’ve tried the waffles and MY GOD I just want to go back… 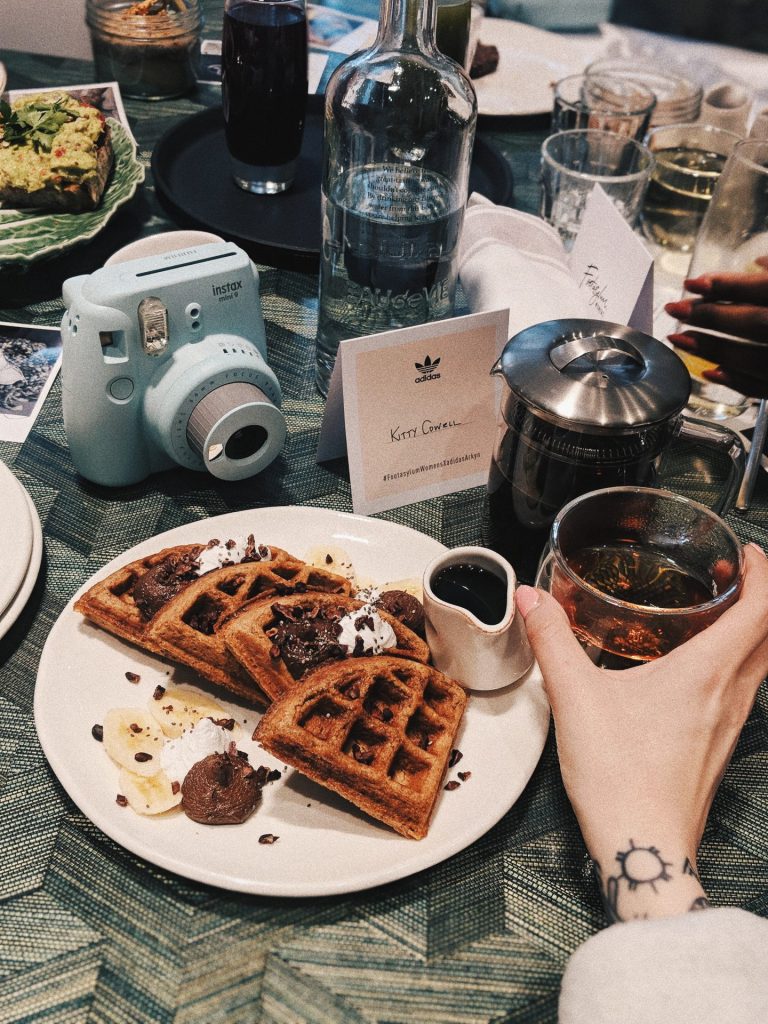 Wholefoods have seats in their branches so you can buy your lunch or dinner and eat it in the stores. In the main food hall as you walk inside their Piccadilly branch they have a hot and cold buffet style / salad counter which is great for a meal on the go. All the ingredients are marked really clearly so you can check which dishes are suitable. They also have soups, a sushi counter and other prepared meals to go. 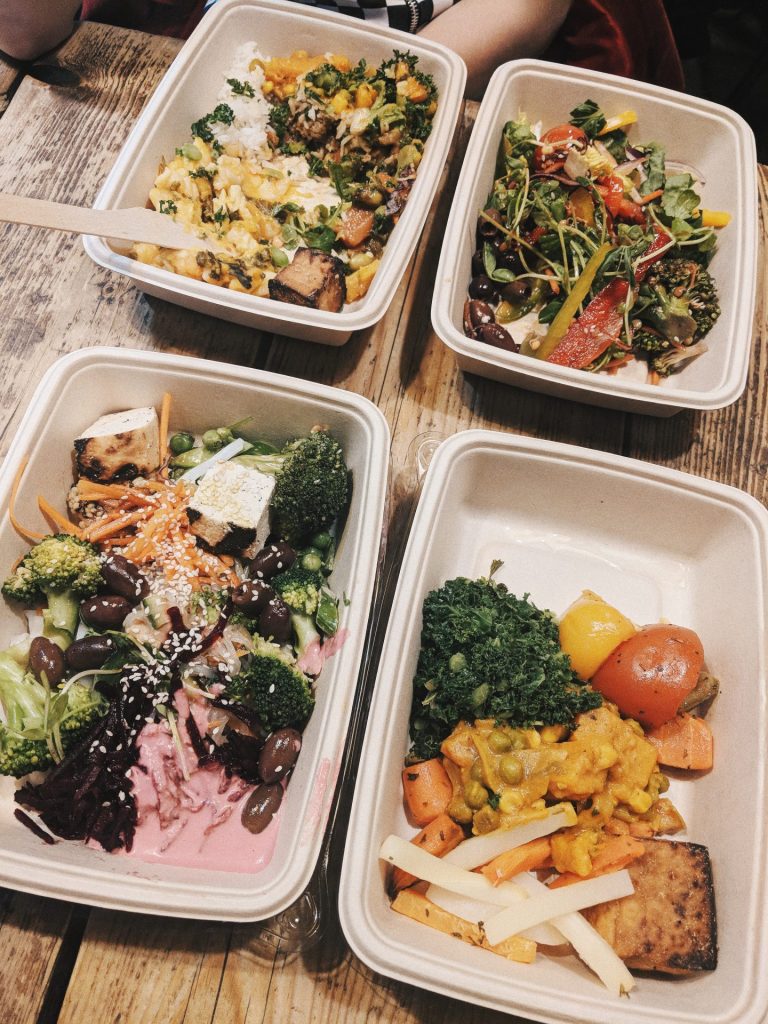 These guys make amazing fresh Pizza and have Vegan and Gluten free options including Vegan Cheese. I find it SO hard to find really good Gluten Free, Vegan Pizzas but this place smashed it! 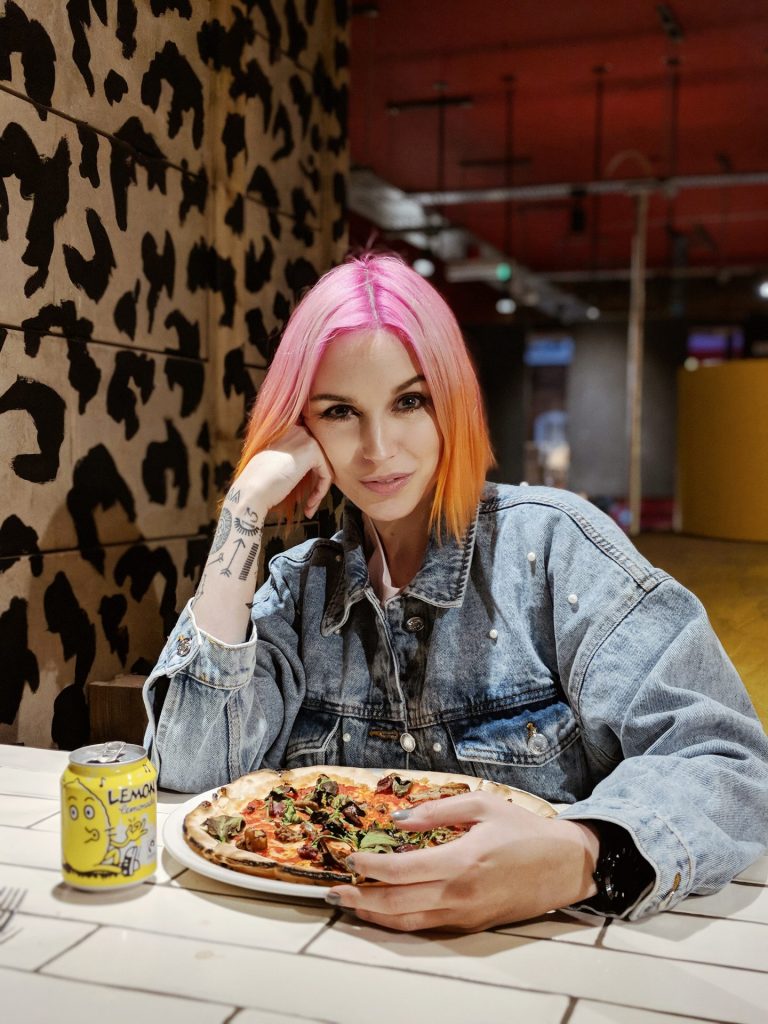 PIES MADE MY ANGELS. Honestly a pie is just one of the biggest things I miss on this diet. I’m a pie gal what can I say?! But thank heaven for Young Vegans. They have their pies at lots of food markets and also sometimes at Alexandra Palace which was a nice surprise when I went to a gig their recently. Plus they have their own small restaurant in Camden Market. You can also buy uncooked pies to cook at home. 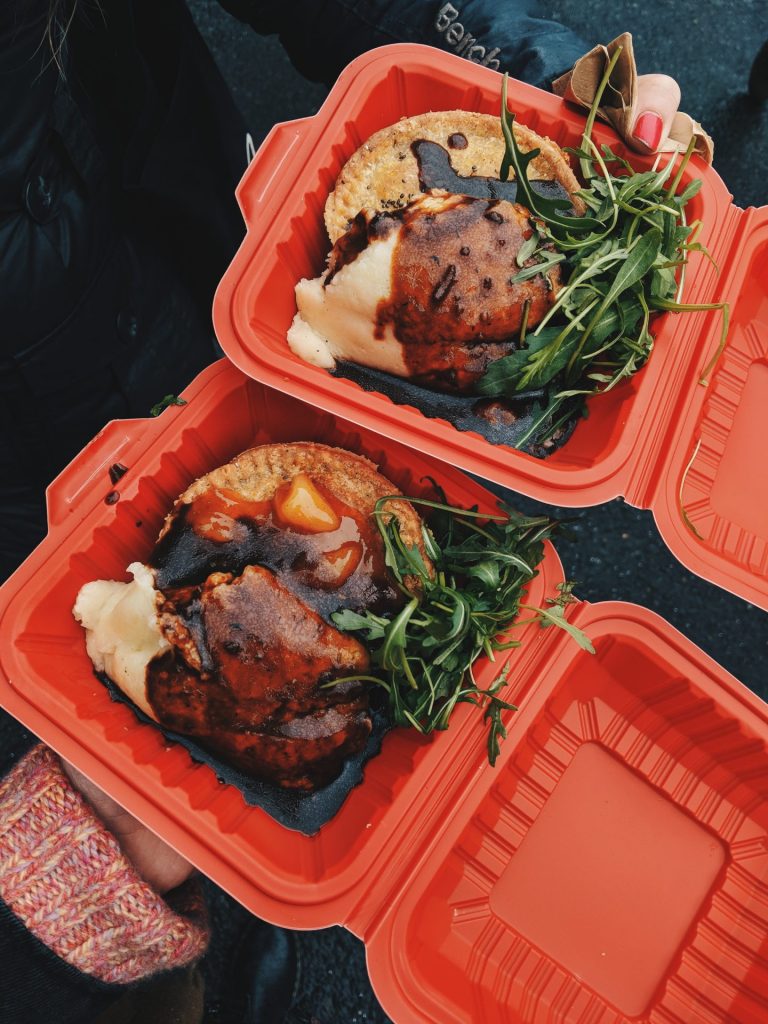 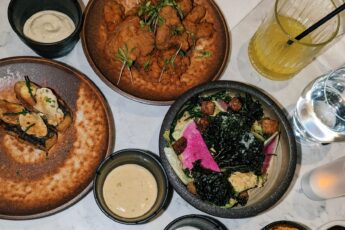 « Previous post
Chunky Balenciaga Style Trainers for an 8th of the price.
Next post »
Why core strength is what you should aim for at the gym.